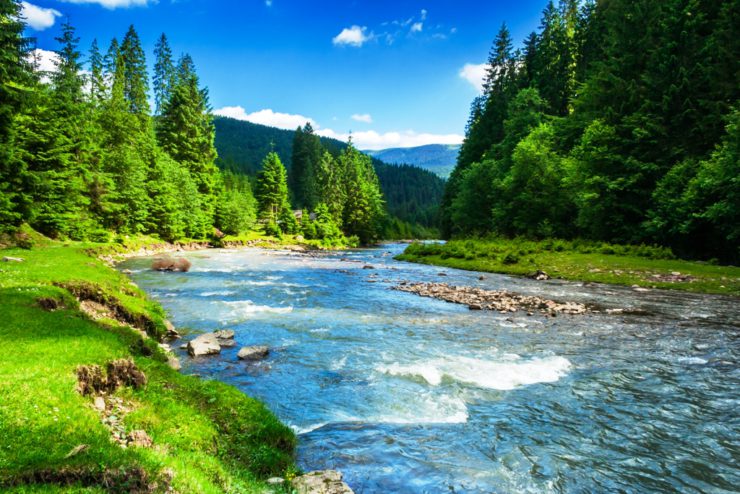 Not coincidentally, perhaps, SMARTCIM is an idea conceived in Eastern Piedmont. In fact this is an Italian area within an industrial sector, for which the management of water has become a vocation.

The Cusio-Valsesia district, where Cimberio is one of the leading companies, is the most important global area of competence for the processing of brass. More than one third of the domestic production and 15 per cent of all exports of brass and bronze taps and valves come from this area. This is a cluster of made in Italy excellence, which represents a big employment opportunity for those living on the territory and a strong boost for companies to grow.
In 2011 this division was defined as “the Silicon Valley of taps and valves” by the newspaper ‘La Repubblica’; it represents an extremely dynamic industrial reality, which invests in technological research and innovation of processes and products.

Cimberio is located in the core of the district, on the slopes of Monte Rosa and on the banks of Lake Orta, in a context of a great natural and landscape value. The attention for the territory where it is located, and the importance of water, the valuable resource which represents the core-business, are a mission from which Cimberio does not avoid.
In a world where population is in demographic growth, where consumption and water requirements are constantly growing, it is necessary to think of water as a resource which needs to be safeguarded and, overall, to be spared. A lot of people do not hesitate to define it as the Blue Gold.

These are the basis on which was born SMARTCIM, the innovative system for energy optimization of heating/cooling plants developed by Cimberio S.p.A..
And if in SMARTCIM water is accurately dosed and modulated to avoid waste and dispersions in the plant, on an overall assessment, Cimberio has integrated concepts and philosophy of the Corporate Social Responsibility (CSR).

What does it mean in short?
Formally entered in the European Union Agenda in 2000, the CSR is a strategic tool to make our society more cohesive and to harmonize the industrial activity with the need to protect the environment.
The commitment undertaken by Cimberio on Social Responsibility has suggested to integrate, in the company choices and in the business development, policies and practices to promote social and environmental protection, by identifying good practices and behavior able to bring benefits in the local context where the company operates, in terms of total sustainability.