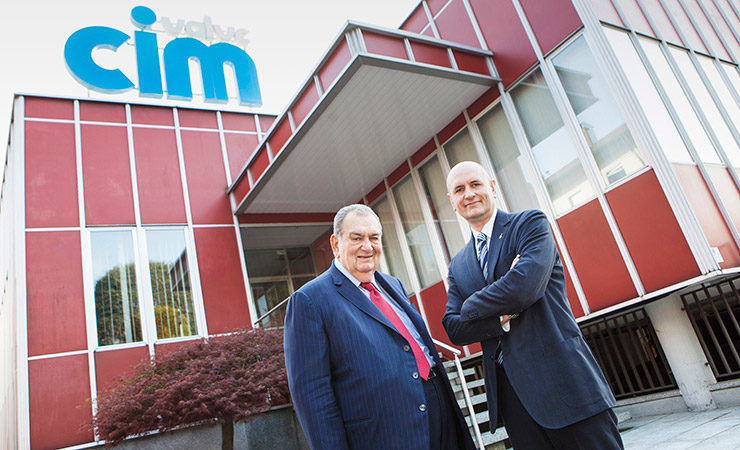 Imagine the production Plant of a company. Vast luminous and functional spaces, where men and machines work together. SMARTCIM was born in a place like this, the innovative project with low environmental impact with automatic regulation of heating/cooling systems. These are the Cimberio S.p.A. plants in San Maurizio d’Opaglio and Pogno, just a stone’s throw from Lake Orta, in the North-West of Italy, in a territory where water has always been part human activities.

«The material with which we mainly work is brass, it gives you the idea to be rugged, sturdy and reliable. I like to think that, over the years, we have gifted it with its own intelligence» says Roberto Cimberio, CEO of the company.

Founded in 1957, the area is brass valves and components for thermo-hydraulic installations and for gas and water distribution networks. Throughout the sixty years of activity, the memory of the beginning is still alive, but there is the capacity to look further with curiosity and enthusiasm. Nowadays, the employees are around 200 and the turnover is more than 50 million euros. There are 6 foreign branches distributing products in 77 countries.

«Challenges, investments and the courage to bring forward new ideas help you to grow , but you need to believe in them. And we have always done it», says Renzo Cimberio, MD of the company.

From Piedmont, Cimberio opens up to the rest of the world over the years, but it chooses to maintain the production in the original sites, because it believes that traditions, corporate culture, respect for people and territory represent the Made in Italy, a well-known guarantee of quality. And the quality is one of the values which Cimberio will not give up.
But it is not the only one.
It puts particular attention on sustainability: An example? The plants roofs are equipped with modern photovoltaic systems producing electricity and reducing the environmental impact. And then there is innovation, that is to say that only with investment in research you can have real and true development.

«Since the beginning, we respected the environment that surrounds us, sustainability is one of the value we pursue even with SMARTCIM» .

SMARTCIM was born from these values. And it is thanks to these values that the project was awarded with a significant funding by the European Commission, through the Horizon 2020 Programme.

Yes, because Europe actively supports Small and Medium Enterprises really future oriented such as Cimberio. But not only this: Horizon 2020 follows the company in the different stages of the development of an innovative, sustainable and quality project such as SMARTCIM: from feasibility studies up to the most important steps, such as demonstration, creation of prototypes and technical testing, up to the product marketing stage.