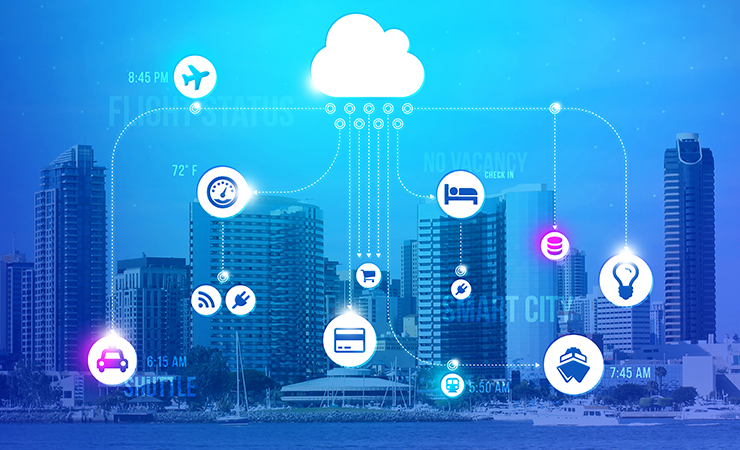 SMARTCIM is a modular system that integrates into building HVAC systems. Its objectives are manifold: to obtain significant savings, reducing at the same time harmful emissions into the atmosphere, automatically regulating energy flows by balancing the network, and optimizing the living well-being. To achieve these results Cimberio engineers who have developed the system have taken some steps in the future.

SMARTCIM is a device, a real “object”, to which an intangible technology is applied: its components in fact interact with each other thanks to a standard protocol called BACNET, in a logic of data transmission that realizes what in 1999 it had been called Internet of Things (IoT). It is the evolution of objects, that become recognizable and acquire intelligence thanks to being able to communicate a variety of data among them, accessing information and interacting with other objects and other systems, to reach an increased knowledge, new and unexpected synapses rich of broader developments. An infinite process of acquisitions and improvements.

This free exchange of information between devices includes the collection, management, and distribution of an ever-increasing amount of data, a process that is generally referred to as big data. Research in this area focuses on technologies and analytical strategies. But also on the generation of architectures, logical and physical structures that establish the methods of acquisition, storage, access and use of information. In recent years, the network is therefore moving from the immaterial transmission of data to a, so to speak, material communication between things, and from the collection of single and unrelated data, to the management of complex and heterogeneous structures.

Starting then from the relationship between entities or limited sets, we move to the integration of multiple information in urban systems, to give life to the so-called smart cities: intelligent cities where infrastructures and services are implemented for the benefit of citizens. And one of the big themes of smart cities is energy saving, which is associated to protection and respect of environmental resources.

This is why SMARTCIM is already projected into the future, because it contributes to the development of technologies related to IoT, participates in the collection and analysis of big data and integrates perfectly into the architecture of smart cities.